It just keeps getting better!

In my quest to switch over my entire wardrobe to 100% UpShift I found these amazing little pieces of heaven.  Frye. Boots. 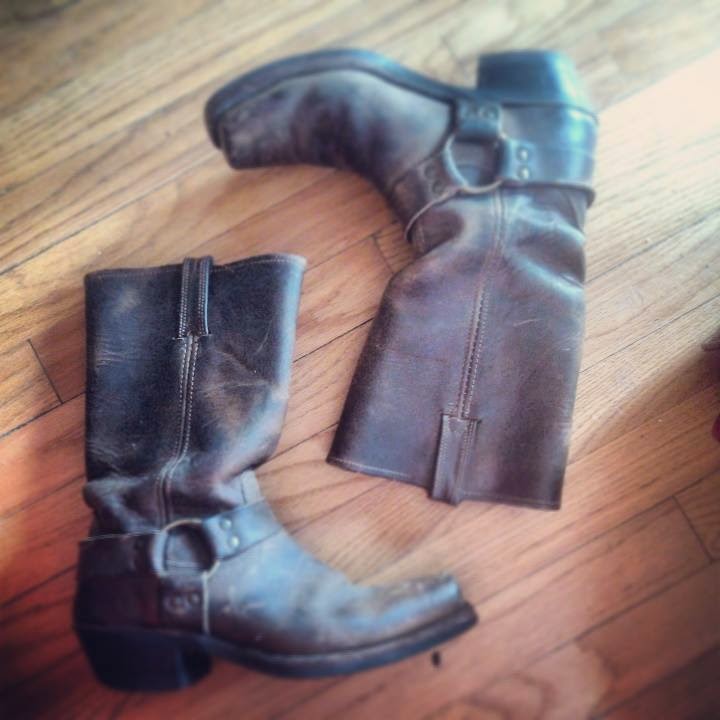 I have wanted a pair since I was 19 years old.  Let's be brutally honest and put a year to the age...that was back in 1998 when I was a baby sophomore in fashion school.  I was in my fashion trend course and we we're learning about iconic trends.  My professor flashed an image of classic 1970's Frye Boots on the screen worn by Ali McGraw (my fashion idol at the time...and still is).  I ran home that day and tried to maneuver the very new and un-userfriendly thing called the internet.  My fashion dream was dashed when I figured out they cost $400.  That might as well be a million dollars to a broke college kid. I didn't even have $2 to buy a toothbrush (true story).  So, I knew someday I would eventually own Frye boots.  Fast forward to a time when I acquired a disposable income and I realized that getting a brand new pair would suck because you'd have to walk around like a robot until they broke in.  As it turns out, women like their Frye boots and don't part with them very often (especially in an amazon size like 9 1/2).  And so I waited.....until now.  This is proof that UpShift swapping works.  I brought my old (amazing and totally broke in) boots to swap.

I told my husband (after several martinis) that he would have to sleep on the couch so I could sleep in my new boots (he just sees ugly shit-kickin' boots and doesn't understand).  Needless to say, the boots stayed on display on our coffee table through the night.  Instead my bestest friend told me I could wear them to her wedding in June.  I'll settle for that.
Posted by UpShift at 11:42 AM

UpShift is dedicated to providing an exciting experience to refresh, recycle, and renew your wardrobe. The relaxing ambiance provides a festive venue to “borrow from your best friend’s closet” with the benefit of a constantly changing wardrobe while maintaining an eco-conscious lifestyle!