Every garment of clothing in every closet has a lifecycle.  The length of that lifecycle is determined by many factors and in turn also determines its carbon footprint.  According to the Merriam Webster Dictionary carbon footprint is defined as the amount of greenhouse gases and specifically carbon dioxide emitted by something (as a person's activities or a product's manufacture and transport) during a given period. Mass produced fashion items in our modern era have a longer lifecycle with a larger carbon footprint than in the past due to globalization.  Items with a more limited lifecycle such as handmade items have less of a carbon footprint.  The lifecycle of clothing has an impact on our resources and the earth, but the good news is we, as responsible consumers, can do specific things to shorten or alter the lifecycle to have a lighter footprint. 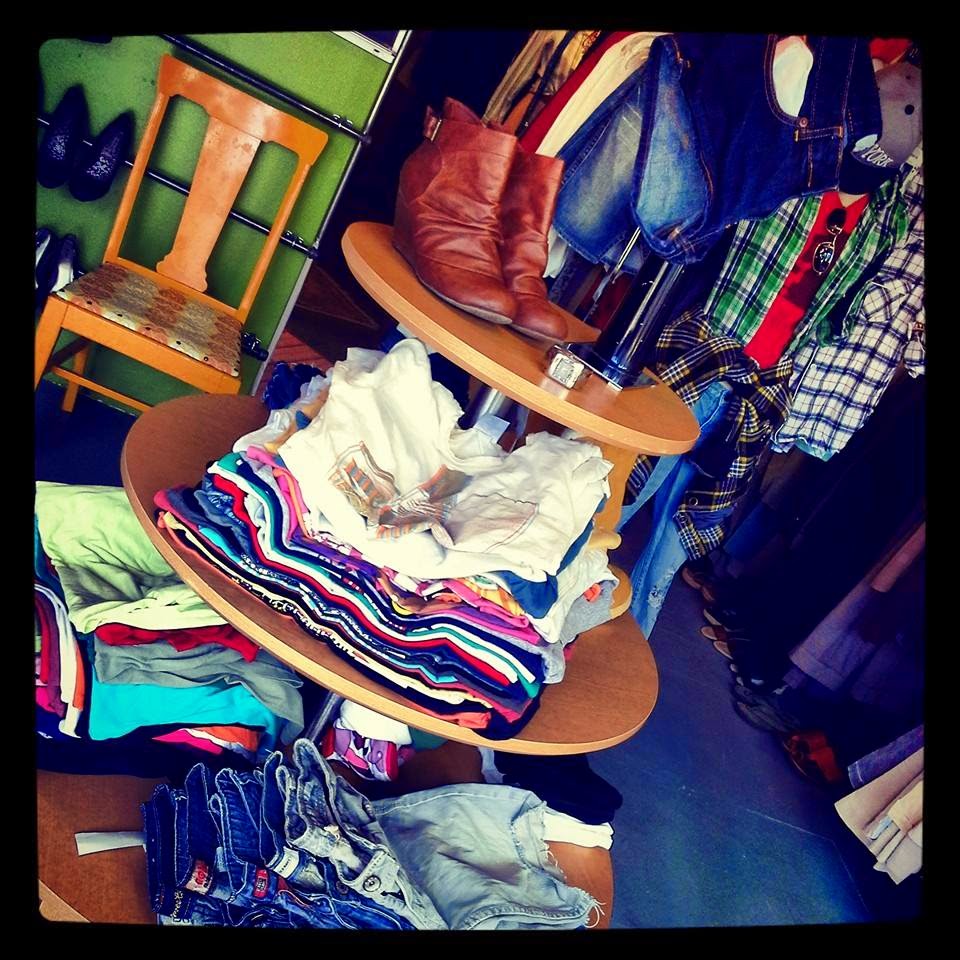 The typical, mass produced clothing item begins with raw goods such as cotton which are processed into fibers then shipped to a facility for the creation of fabric cloth.  These fabrics are shipped to factories and used for fashioning garments which are typically created outside the United States.  In fact, according to book Overdressed by Elizabeth L. Cline, as of 2011, 99% of footwear and 98% of apparel is made outside of the United States.  This statistic proves that creating and shipping these goods to the United States creates a deep and large carbon footprint.  Once the garments are made they must be shipped here and transported to distribution centers and retailers across our large nation.  According to Eileen Fisher, a retailer that sells garment and wants to lessen the burden on our resources through fashion, just one of their yoga tank tops traveled over 17,000 miles from cotton seed to retail store (that doesn’t even include the precious gas and miles the consumer logs from store to home).  The lifecycle isn’t done once it hits the consumer’s closet.  A typical garment will be worn several times and either donated or tossed out.  If donated it will travel to a local thrift store and ultimately on to another closet, or in some cases it may be donated to countries that are in need of clothing for the less fortunate.  If not donated it’s tossed out and will end up in a landfill.  Our clothing consumption has a complicated lifecycle that can have both a positive and negative outcome but without question creates a large carbon footprint.  We can lessen this impact on a personal and local level through some small and easy steps. 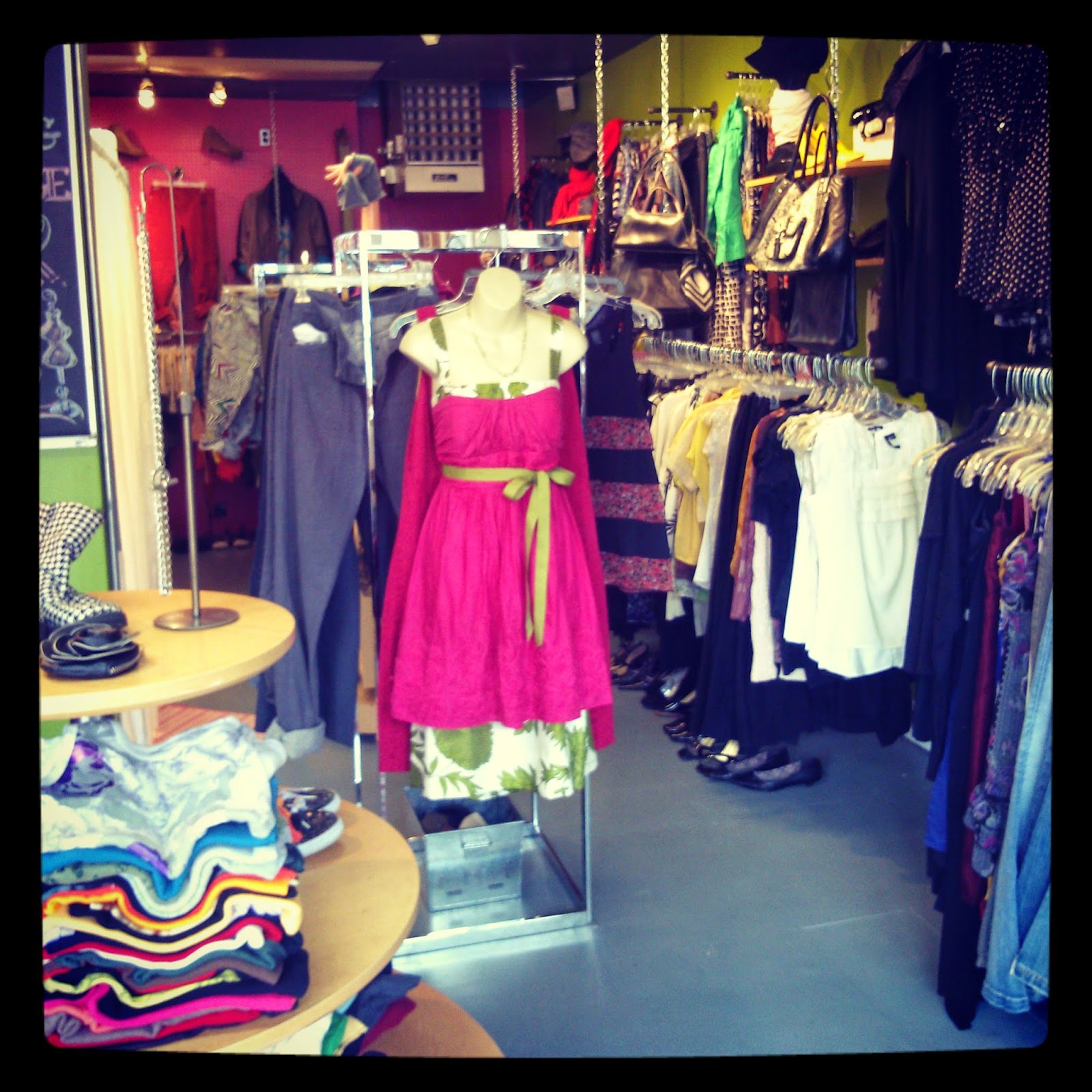 The complicated lifecycle of a garment makes it so that we, as consumers, can intercept it to make alterations that suit our personal, sustainable goals.   In the early stages of a lifecycle steps can be taken to cut down on the carbon footprint made by shipping raw goods, fabrics, and garment overseas.  There is a movement toward sustainability that involves consumers making their own garment even going so far as   processing fibers and yarns to keep the carbon footprint to its most minimal by creating the garment literally from scratch.  Even creating a garment from already-made fabric has a significant impact on the carbon footprint.  However, a typical fashion consumer may find it more suitable to make an impact on the later part of the lifecycle of a garment versus the beginning.  Once a fashion trend makes it to a consumer’s closet, despite the footprint that was made to bring it there, the choices include recycling, repurposing, swapping, or rummaging.  Recycling includes donating to a local store such as consignment, thrift store, school, or church.  Keeping donations local ensures that the carbon footprint is kept to a minimum. Repurposing can be done by creating something wearable or useful for personal use such as a throw pillow or using the garment to create rags for use in the garage or housekeeping.  Swapping is a growing trend that ensures your garment will be used by a friend or a person in your local community and has an added bonus that swapping guarantees that both swapping partners get goods in return that don’t end up in a landfill.  Rummaging is when the garment is sold at a garage sale and used as needed by the person that purchases it.  Any of these steps can halt or divert the lifecycle of a typical garment and can create a positive impact that would otherwise be created by the supply chain of clothing. 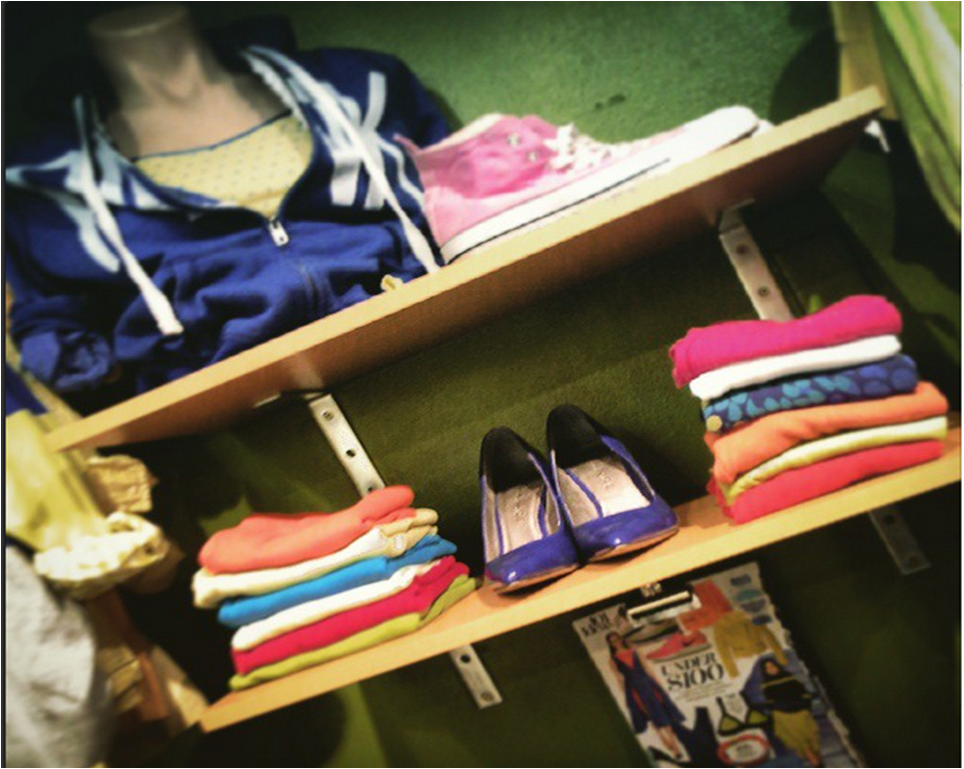 Consumers don’t often think that a simple garment bought from their local retailer has a lifecycle that includes travelling sometime thousands of miles from beginning to end, however acknowledging and understanding the lifecycle makes it easier to take simple steps to divert or halt the process at key points.  The complicated concept of a garment lifecycle is due to globalization, and using the globalization of the internet to research ways to create our own fibers and garments as well as seeking out resources for recycling, swapping, and rummaging garments in order to cut down on the impact clothing has on our resources can make a huge impact.
Posted by UpShift at 2:07 PM

UpShift is dedicated to providing an exciting experience to refresh, recycle, and renew your wardrobe. The relaxing ambiance provides a festive venue to “borrow from your best friend’s closet” with the benefit of a constantly changing wardrobe while maintaining an eco-conscious lifestyle!